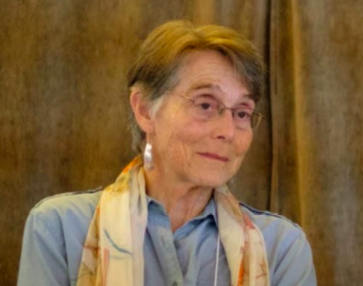 Dr. Carole Gerson (FRSC) is Professor Emerita in the English department at Simon Fraser University. Co-editor of volume 3 (1918-1980) of History of the Book in Canada / Histoire du livre et de l’imprimé au Canada, she has published extensively on Canada’s literary and cultural history with a focus on early Canadian women writers, ranging from well-known authors such as Pauline Johnson and L.M. Montgomery to more obscure figures. In 2011, her book, Canadian Women in Print, 1750-1918, won the Gabrielle Roy Prize for Canadian criticism. In 2013 she received the Marie Tremaine medal from the Bibliographical Society of Canada. Her most recent book, co-authored with Peggy Lynn Kelly, is Hearing More Voices: English-Canadian Women in Print and on the Air, 1914-1960 (Ottawa: Tecumseh Press 2020).

How did you first encounter Montgomery?

I first became acquainted with Montgomery when I received a copy of Anne of Green Gables for my tenth birthday – an orange-bound reprint of the 1942 Ryerson “First Canadian Edition,” which still sits on my shelf. At the time, I immediately identified with Anne, our primary points of connection being bookishness and undesired red hair. Later, as an adult, I realized that much of Montgomery’s enduring appeal arises from her ability to depict the pain of the child who feels that she doesn’t fit in, because she is unwanted or misunderstood.

What is Montgomery’s greatest accomplishment?

I particularly enjoy the metafictional aspects of Montgomery’s fiction such as the hilarity of the Avonlea story club, surely one of her funniest creations. Perhaps her best humorous line is Anne’s declaration that her life is “a perfect graveyard of buried hopes.” Anne describes this memorable phrase as “a sentence I read in a book once,” but to my knowledge, no one has yet tracked Montgomery’s source. I recently came across a parallel phrase that might well have been at the back of LMM’s mind: “the vast shipwreck of my life’s esteems,” in John Clare’s poem, “I Am!”

What is the weirdest moment from a Montgomery novel?

In my view, the weirdest image in Montgomery’s books appears in A Tangled Web, in Little Sam’s “harmless hobby of collecting skulls from the old Indian graveyard down at Big Friday Cove and ornamenting the fence of his potato plot with them. He and Big Sam quarrelled about it every time he brought a new skull home. Big Sam declared it was indecent and unnatural and unchristian. But the skulls remained on the poles.” Did Montgomery make up this bizarre hobby, or is it based on something she saw?

Who is the worst Montgomery character?

Montgomery’s creepiest character has to be Dean Priest, who abuses his power by manipulating Emily to the extent that she burns her manuscript, and nearly trapping her into marriage. One wonders if there was a real-life model for this unsavoury predator.